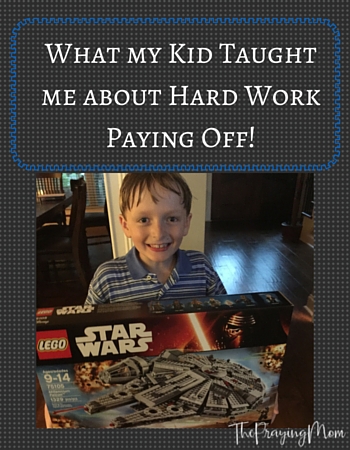 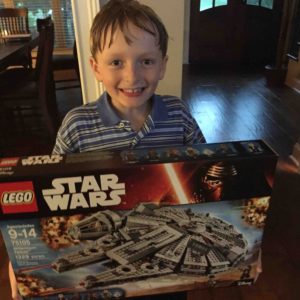 This is my boy and that look on his face is pure joy! Granted getting the Star Wars Millennium Falcon Lego set would bring joy to most little boys’ faces, but the joy on his face is not just from getting this exciting new toy.

This joy is different, it is one that comes from working hard and achieving a goal. It’s the joy of seeing his hard work pay off! At the beginning of this school year he said to me… “Mom, I want to win the AR (Accelerated Reader) award this year” and after months of hard work, he won it with a whopping 111 AR points!

Watching my boy at his awards ceremony, I was reminded that hard work pays off! 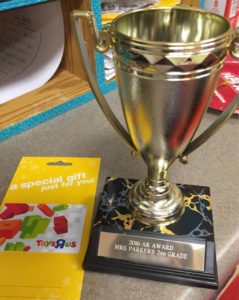 Not only did he win the award he worked toward all year, it came with a cool trophy & a gift card to Toys R ‘Us. As soon as we got home from school, he started asking if that gift card had helped him achieve another big goal he was working toward… purchasing the Star Wars Millennium Falcon Lego Set! He’s been saving his money from chores as well as report card money from his grandparents for over 6 months and was almost to his goal of $150… that gift card put him over the top! So off we went to get that lego set and within less than 24 hours, he had put it together all by himself! 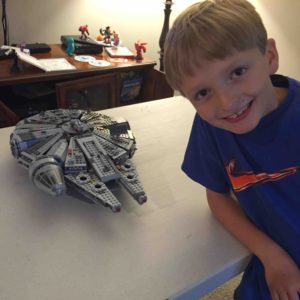 This little guy often teaches me great life lessons! I thought about how often we don’t see the results we are want because we don’t want to set goals and put in the work required.

Here’s some things I learned by watching my son achieve his goals:

Setting goals is the key to achieving the best version of ourselves.

Do we expect the best from ourselves? I think about my 8 year old son… he has high expectations for himself, and expects the very best. Now I understand that we need to set realistic expectations, so we don’t set ourselves up for failure, but we should want the best version of ourselves! This doesn’t mean our best looks like someone else’s best… no need for comparison, but we should always be setting goals to get better. This inspires others to do the same. My boy set some big goals this year to be the best that he could be and in doing so he inspired his peers to work hard to be the best they could be.

“Intention without action is an insult to those who expect the best from you.” ~ Andy Andrews

You need an intentional action plan to achieve your goals.

We often set out to achieve a goal, a big lofty goal without thinking about the steps it will take to get there. This leads us to be overwhelmed and quickly give up on reaching our goal. The key is to have a plan and then break that plan down to smaller manageable action steps.

For my son, gaining the most Accelerated Reader points in his class was a lofty goal. He was up against some stiff competition, but he tackled it one book at a time. He started out with small books that were only worth half a point and worked his way up to larger books that were worth over 10 points. Slow and steady, step by step, he earned all 111 points.

So as you look at your goals, what is the next right thing for you to do? Pick one small step to focus your energy on, tackle that, then move to the next step in your plan.

You must work hard and make sacrifices to reach your goals.

This one’s not fun, right? Who wants to hear that you just have to work hard, but we all know it’s true! Goals aren’t achieved by being lazy. Ask any musician or artist who spends hours honing their craft or an athlete who spends countless hours practicing! This is a tough reality, but oh so true!

My boy spent hour upon hour reading books to reach his goal when he could have been doing other things. He also worked hard on his chores and worked hard to make good grades, these things earned him the money needed to get his prized Lego set. He passed up many opportunities to spend the money he saved, because he had his eyes on the prize!  He worked hard & sacrificed to reach his goal.

“Nothing ever comes to one, that is worth having, except as a result of hard work.” –  Booker T. Washington

As you are working toward your goals, do so with teamwork, humility and kindness. (Don’t step on others on your way up.)

It’s easy as you are working toward your goals to forget to look outside of yourself. As you are working hard to achieve, remember not to manipulate or hurt others in your quest. Teamwork, humility and kindness will go a long way and gain you tremendous respect as you go! When you exhibit humility and kindness, people can see Christ shining through you and He will receive the glory for your achievements!

The coolest part of watching my son win his award was to see his classmates’ reactions. Even though, he beat out some of his very best friends to get 1st place, they weren’t upset with him. They respected the hard work that he had put in and were cheering him on. God has placed some unique gifts in my son, he is a team player that is humble and kind. I think his passion for reading spurred his classmates to be better readers this year as well!

Thank you son for reminding me that God wants us to strive toward the best version of ourselves! When we rely on His strength to achieve our goals, we bring glory to His name and inspire others to do the same!

I’ll close with one of my boy’s favorite verses, “I can do all things through Christ who strengthens me.” Philippians 4:13

Have you watched your kids achieve something they have worked hard for? What did you learn by watching them? 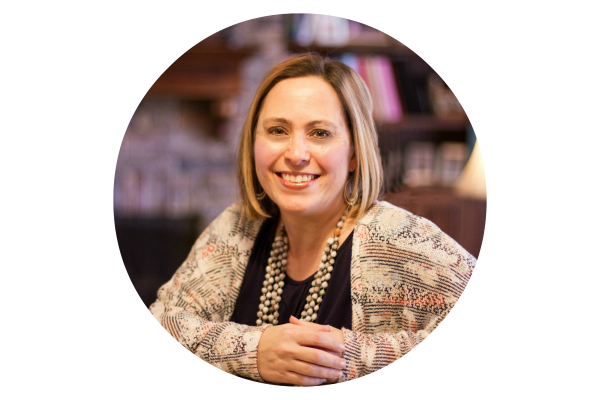 Founder of The Praying Mom

This website was birthed out of Christy's passion to see women become intentional in their lives. She is passionate about helping moms discover their purpose in their homes, churches, communities & world! 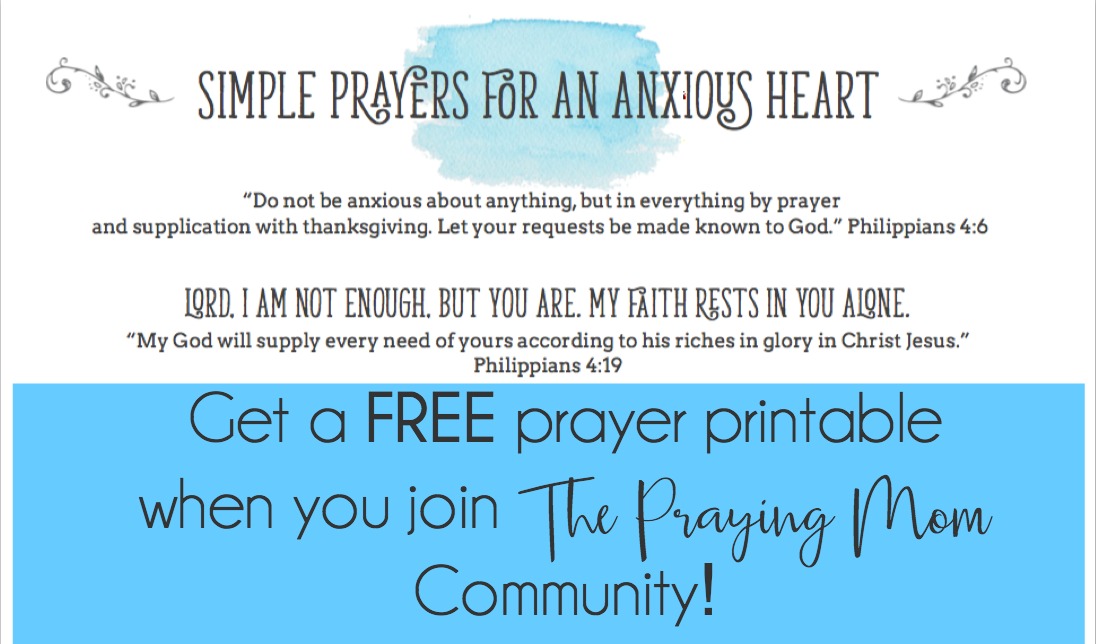 Want to be a part of The Praying Mom community?